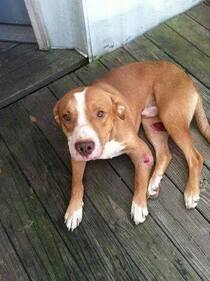 Hemlock Edge Rescue thanks you for your support!
Your donation helps cover Hemlocks Over all costs of Transportation Needs & supplies, the costs for  EMERGENCY VET VISITS, Monthly medication, And of course our poor Souls with major medical needs and care!
With your donations! We are able offer the Public low cost or FREE spay/neutering with the Help of our Vet Clinic Pet Care Usa!!

Contact us if you need some help in your community! 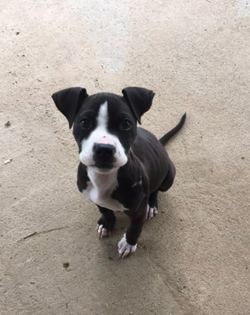 Supporters in Action
On of most memorable Medical Cases 2016
Little Miss Claira has been a fighter since she was first rescued by The Hemlock  team. Her story starts after her first booster shot along with her brother at 8-weeks-old. After many days of vomiting and not eating and barely drinking, and then medication and fluids, she perked up. She started showing signs of improvement.  Her brother bounced back after 72hrs but Claira was little behind. While she was still getting better, she wast gaining any weight. Her diarrhea became constant and bloody and then developed a prolapsed rectum. Claire was rushed her into the vet. They decided she was still way to dehydrated and that more fluid injections would help, however, she wasn't absorbing them except for in random areas in her body as pockets under the skin. At this point, the vet decided to insert an IV directly into her arm, but her veins were collapsed. Fluids were continuously injected like before and would try again for a vein the next day and continue with medication. The next day she continued to suffer with bloody stool and fluids pockets. The vet found a hard mass on her bladder. At this point, she was barely 5 pounds.

​The next potential step was exploratory surgery. That day, the vet finally, after 8 attempts, got a vein to remain open for us to administer direct glucose. She felt better instantly and we were ready to start surgery the next day. The next day while waiting in the lobby for surgery, Cris realized her skin was really starting to thin out where the fluid had gathered. Within the next 2 hours, the skin over her shoulder ripped open. Her little body had been rejecting all the treatments thus far. Her resilience and strength shown through as she continuously kissed and snuggled up with Cris throughout the entire journey.

Surgery was a success. She handled the anesthesia great and recovered excellently. However, her shoulders were still open wounds. As her skin was being constantly stitched back together, it kept tearing. Two weeks since the first signs of her illness, she already had constant medications and fluids injected daily, exploratory surgery, and a piece of decayed intestine removed and was now suffering as her skin continued to peel apart from her body. Cris flushed and cleaned her wounds at least four times a day in between vet visits.

On April 6, 2016, Claira had her first solid, healthy bowel movement since the beginning of her battle!  She has beaten all odds but still had a long way to go at this point.

A few days later on April 11, Claira went back to the vet to have doctor drain her leg once again. After her leg was stitched and cleaned, she received a shot of penicillin in her thigh like always. However, that night her thigh swelled up at the injection site. Cris would soak her leg, hoping the swelling would go down on its own.

On April 14, Claira turned 10 weeks old! Her leg had healed and is back to normal! She is finally able to enjoy her life as a puppy. She found her voice and spends her days playing with the other dogs and cats in the house. She looks great and hasn't had any more problems arise! We took her stitches out of her belly which healed nicely. The scars on her shoulders will tell Claira's story of struggle and perseverance.  She has taught us all a lesson to keep the faith and stay positive even when its seems impossible. She is a huge inspiration to keep us going and is a huge example of the everyday fight we face in rescue! Claira is loved by all and has since been adopted and thriving in her new home!

Visit Hemlock Edge Rescue's Facebook page for more pictures of Claira, her struggle, and the many other Sad Medical cases that your gracious donations continue to help!